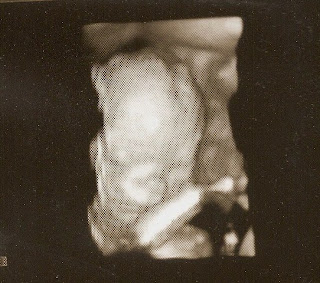 Here is the newest picture of our little Valentine. There is an update post below this one, letting you know what's going on.

We are so appreciative of the prayers that folks are sending up on our behalf. We know that God has gone before us in all that we are going through, and that we are walking this path for His glory and our good.
shared by Mrs. Dole at 11:23 AM 2 comments: Links to this post

Goodness! I can't believe it's been a month since I posted. Things have been busy, with football and being pregnant. I will post a "football" post in the next day or two, but not now.

I ended up having to transfer my care from my wonderful, dearly loved midwife to an OB, due to high blood pressure. I had my first appt a week ago Thursday. As usual, my BP spiked at the drs. office, and they were sure I was on the verge of a stroke or something, so they admitted me directly into the hospital to run tests and try to get my BP down. Of course, the way it was done, kept my BP high, because I don't do instant change well. :-)

So, I was in the hospital until Saturday. I missed the first football game in 8 years ~ and missed Garth's debut as starting Quarterback. :-(

While in the hospital, they did an ultrasound on baby. Part of the concern with high BP, is that the placenta is not getting fed properly by mama's body, so they wanted to check on the placenta, and baby's growth. We had a very thorough ultrasound, and I suspected something was up when the u/s tech spent a great deal of time looking at baby's heart. After the u/s was over, the Perinatalogist came in and talked with me. It looks like our baby has a congenital heart defect. At this point, we are not sure just how serious it is ~ we will be going in for another appt. on the 5th of November. We would surely appreciate prayers for baby's heart and for wisdom for the dr. to know just exactly what is going on.

And, we also found out that the first u/s was wrong ~ we are not having a girl, we are having another little boy! The boys were ecstatic. :-) The girls adjusted quickly. Garth told me, "I knew it. I just knew it had to be a boy ~ I kept the faith, and I was right!" :-D Just a little dramatic. ;-)

I am also going to be able to see one of the midwives that works in the OB's office and delivers in the hospital. I did meet her briefly while I was in the hospital, and I am looking forward to my first appt with her. The dr. I saw initially just was not a good fit ~ he's used to making decisions and giving orders; I am used to being informed and being in on the decision making. I am limited to the office I am going to ~ they are the only ones in the Spokane area that do VBACs, but I can't work with a dr. who will not listen or take into consideration the person that I am, and after our initial dealings with him, I just do not want him involved in my care in any way.

This pregnancy is definitely going to be a challenge for me. I am not used to being "managed" while pregnant, and this is by necessity going to have to be a "managed" pregnancy ~ with my BP and the baby's heart problem. We obviously want what is best for both of us, and that would include a good working relationship with the dr. and midwife.

I do have a newer "picture" of our little one ~ a 3D shot. I will post it separately.
shared by Mrs. Dole at 8:28 PM No comments: Links to this post 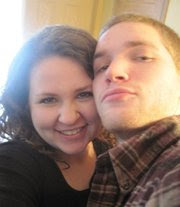 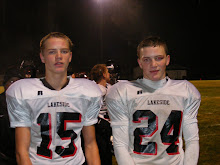 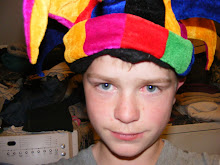 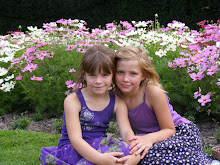 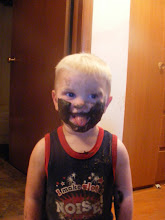 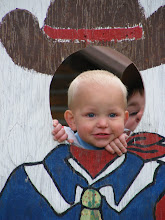 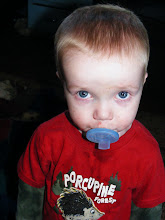 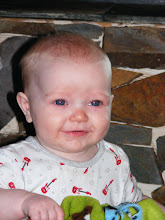